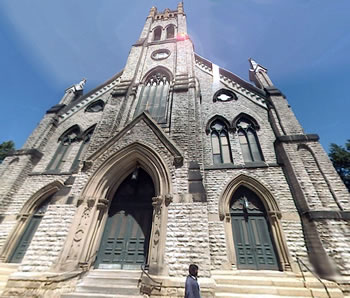 Initial Thoughts: I’m sure most people find it odd to go to a mass that is NOT celebrated in the church itself, but in the little chapel located in the rectory. But this is the beauty of the daily mass project – attending mass where you normally wouldn’t.

I was early so I was alone in the chapel for a good while so I took the opportunity to take some pics. The whole place reminded me of my grandparents house in Old Brooklyn. Almost like I was back in time and sitting in their living room, except the television is replaced by a tabernacle. 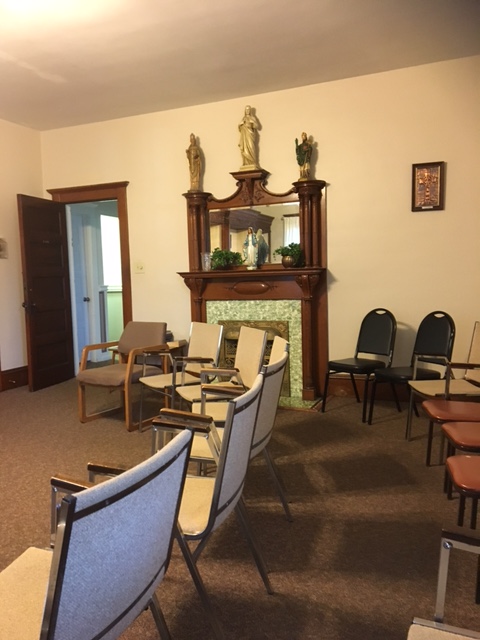 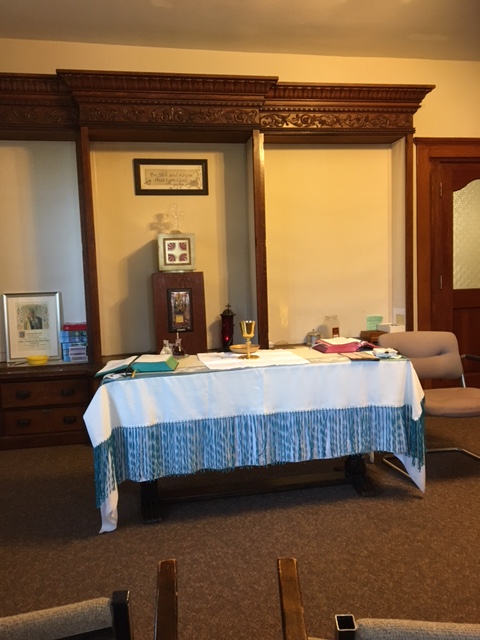 1st Reading: Jeremiah 7:23-28  – Summary from St Joseph’s Weekday Missal: Jeremiah speaks of what God commands his people. Nations are made up of individuals, but when the majority of individuals break away from God, the nation becomes godless even though a few righteous and holy people are scattered here and there. Because of deaf ears, the word of God is not among them.

Gospel: Luke 11:14-23 – Summary from St. JWM:  Jesus expels a devil. This text is an appropriate conclusion to the whole argument between our Lord and his enemies: “Whoever is not with me is against me, and whoever does not gather with me scatters.” There is no such thing as a neutral position in the kingdom of God.

Homily Reflection:  Speaking about the 1st reading, Father said we need to acknowledge our own brokenness. Admit it when we break from God, always seek for forgiveness, even when we don’t think we deserve it. We also need to forgive others, even if we don’t think THEY deserve it. In reference to the Gospel, he mentioned that God needs ministers, not Messiahs. The leaders at the time didn’t listen to God. They were blind to God present in their midst, as Jesus performed miracles right in front of them by driving out demons.  He concluded his homily by mentioning something I hadn’t really heard phrased like this before: We are not Messiahs, we are servants.

Holy Moments: Many!!! I met a woman named Marge who could clearly see that I was a visitor. She was so helpful in guiding me to the rectory and introduced me to a few others there. Because of the small crowd we were able to give the sign of peace to pretty much everyone in attendance. There was a little boy of about 2 or 3 years old (should have gotten his name!) who provided a truly adorable moment as he started munching on crackers during the Eucharistic Prayer and Communion.  We concluded with singing the first verse of “Peace is flowing like a river.”

But my favorite part was the very end: Instead of the typical “Let us Go in Peace,” Father DiNardo said something to the effect of: “Let our lives give expression to our beliefs that we profess…” 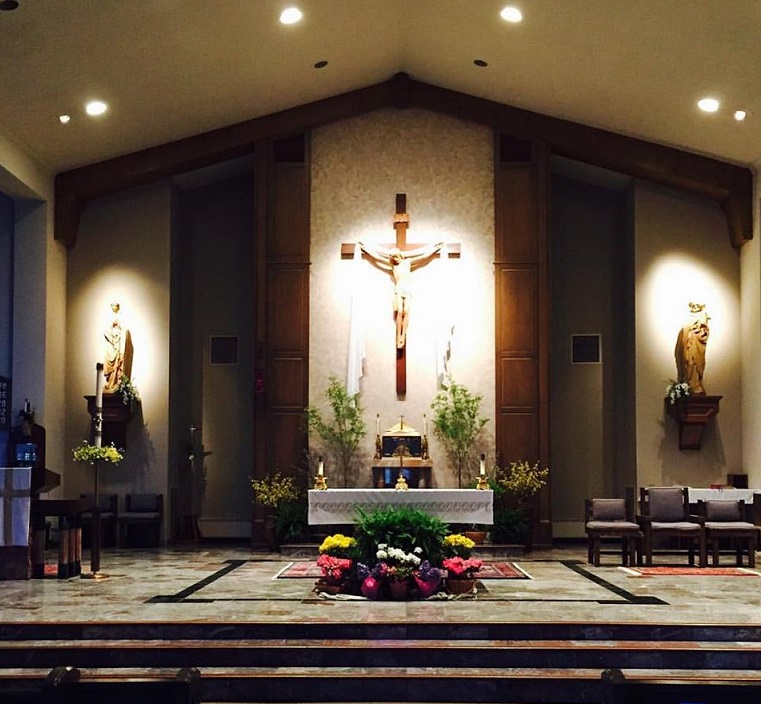 Initial Thoughts: As soon as I walked in, 20 minutes early, I saw a bunch of my 7th grade students for the Choose Life class I teach there. (The main reason I went to this mass since the class is right after). They were servers and were so excited to see someone they knew. As I sat down, I heard two young girls singing a beautiful hymn that I later found out is called Pie Jesu. Just hearing them rehearse this song, I had a feeling I was in for a really special mass.

Homily Reflection: In regards to the first reading, as Moses was receiving the commandments from God during the 40 days while he prayed and fasted, the Jewish people molded a golden calf and broke away from God. They became distracted and forgot about all the good things God had done for them. In just a matter of 40 days! As Moses asked God to have mercy on them, they were eventually brought back to the Lord. The priest cautioned the students not to become distracted during their Spring Break. He emphasized the need to remember that we are still in Lent as we are waiting for the Resurrection.

Of course, as he’s talking about not being distracted, I immediately became distracted. But I kept thinking that my 7th graders might be watching me and if they could see me possibly looking around, that might not be the best example. So that helped me re-focus.

The Holy Holy Holy (Sanctus) was sung completely in Latin and I’m embarrassed to say I don’t know it at all! So now I want to study that and learn it for next time.

After the closing hymn was sung, everyone knelt down and remained silent. A young girl, guessing 3rd grade, walked up to the ambo and announced for us all to recite one Hail Mary for vocations. What a beautiful way to end.

As I left, I couldn’t get over how I saw grade school students show so much respect and reverence for the liturgy and the Eucharist. I think this can possibly be attributed to one main “attraction” smack dab in the middle of the church: A perpetual adoration chapel. More on this in a later blog…but there’s something to be said when Christ is at the center of EVERYTHING. Ministry, catechesis, program development, prayer life, etc. And when it’s in the middle of the church? Pretty sure that’s a win-win.

Before the school year ends, get yourself to a school mass! I can’t guarantee latin hymns and extreme reverence, but you can bet you’ll see the future of our Church is bright.