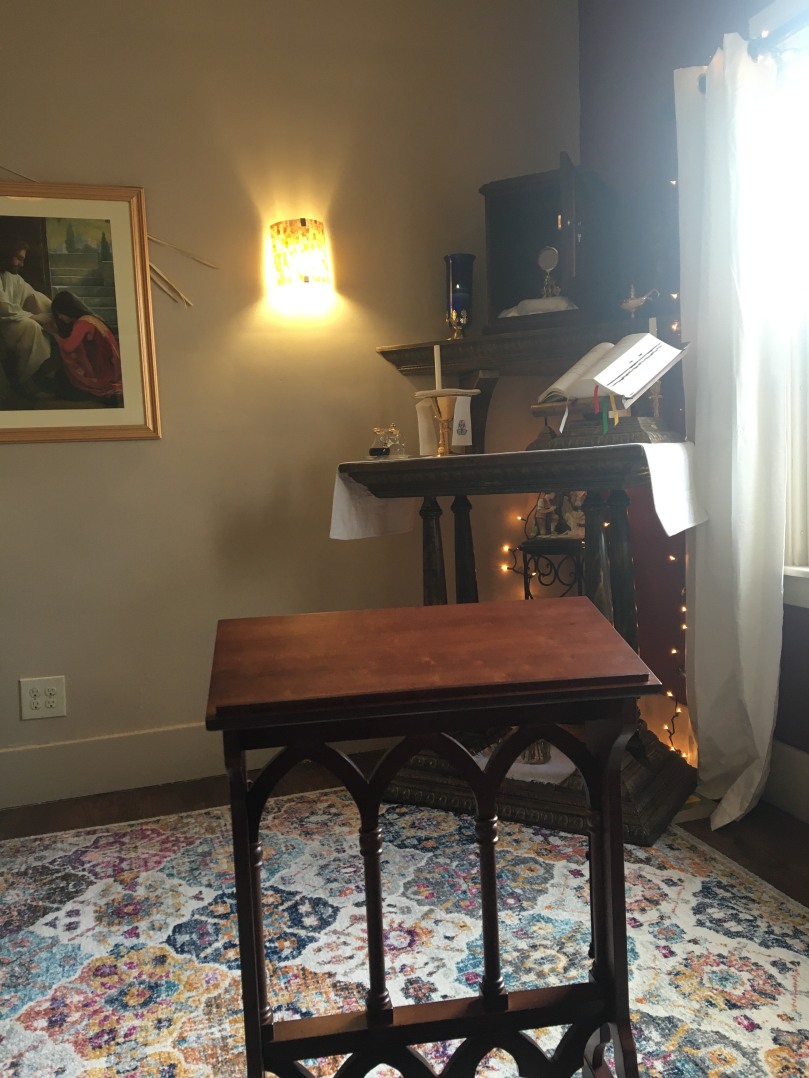 Solemnity of Mary, Mother of God

Homily Reflection: A homily geared specifically to the small audience of three women – myself, another discerner, and Dawn who was Consecrated to a Life of Virginity in November.  (Check out photos from this blessed event here as she and another young woman were both Consecrated by Bishop Earl Boyea)

Fr. John started out by saying that all of us are called to fathers and mothers. He then put forth a few questions for us to reflect on: How am I specifically called to be a mother, a spiritual mother? What does that look like in my life since I’m not married to an earthly spouse? The short answer – Imitate Mary, specifically focus on her relationship with Jesus. He asked us to focus on the times, as a Mother, the times of “being with” and “being without” Jesus.

Finally, Fr. John called us to pray for our spiritual children, “with and without” us.

Holy Moments: This was 3rd annual New Years Eve “retreat” with Dawn and other discerning women and I think it may have been my favorite. There’s really nothing quite like ringing in the New Year with Jesus and a few close friends. If you ever have the opportunity, I highly recommend the quiet and silence of a retreat as opposed to the fireworks and noise makers (depending on your season of life, of course). And for those of us who consider it a miracle that we can even stay awake until midnight on New Years Eve, this is the way to do it!

Mary, Mother of God, pray for us!

One thought on “Daily Mass Project – Solemnity of Mary, Mother of God”